"What's that you are reading?"

The other day one of my students, I’ll call him J, saw a copy of my book lying in front of my printer by my desk. J read the title out loud, “Leave Him?” and with concern in his eyes he said, “Mrs. Johnson, you are not thinking about getting a divorce, are you?”

I smiled and paused for a moment and thought that there may be potential readers out there that might be contemplating leaving him, whoever he is, but are not so bold as to have a book lying around sporting that title.

This wasn’t the only time this topic has come up. Last summer I had someone say that they might tear off the front cover so their husband wouldn’t worry.

Here’s the thing- I never wrote this story to inspire someone to leave, and the truth is that after you read these stories you are able to see the costs both I and my great-grandmother paid you would think long and hard before making that decision.

Contrary to what the title Leave Him? might suggest I never intended this book to be looked at as an answer for someone else in turmoil. Each person must make their own hard choice and live with difficult consequences. My book confirms that. What I do know is that people need to know they are not alone in their struggles, their doubts, and their fears. They need to know that the God that they may be angry at never leaves their side, nor expects more than they can give.

I have almost finished writing my latest book and am struggling to come up with a title. Unlike with Leave Him? (a title I felt strongly about from the beginning), this latest book had a working title that it seems to have outgrown as it developed. That is not the only thing that is different about my latest work. It is a suspenseful fiction book, a work based on imagination rather than experience. I hope that I have been able to bring real-life struggles to life in a fiction world. 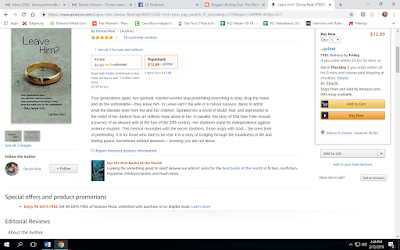 Back to my student, J. I went on to tell him that I had written the book beside my desk. He looked a little puzzled at the name on the cover, then asked, “Is that your maiden name?”  I said no and waited for him to figure it out. I finally had to give him a hint and said, “I did leave him.” He finally understood and reached for the book saying, “I want to read it.” Yeah, one of my reluctant readers suddenly wanted to read a 332-page book. I took it from him and said, “Nope, not for students.” His curiosity wasn’t strong enough to cause him to think any more about it.

If you haven’t read it yet maybe your curiosity could inspire you to pick up a copy. Copies are available locally at Willis Jewelry Company located at 203 Adamson Square in Carrollton, Georgia, the Therapeutic Lair at 723 E. College Street in Bowdon, Georgia, on the square in downtown Newnan, Georgia in Gillyweeds at 21 W. Court Street, and at the Wildwood Charm shop at 315 S. Hamilton Street in Dalton, Georgia. Leave Him? is also available at Amazon.com in print for $12.99 and Kindle for $2.99. 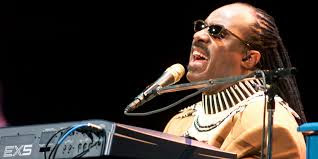